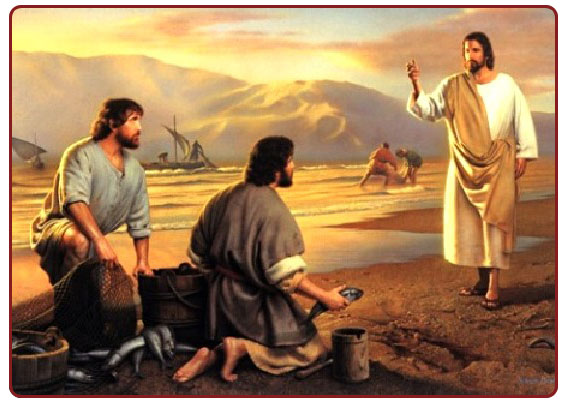 After John had been arrested, Jesus came to Galilee proclaiming the gospel of God: "This is the time of fulfillment. The kingdom of God is at hand. Repent, and believe in the gospel."

As he passed by the Sea of Galilee, he saw Simon and his brother Andrew casting their nets into the sea; they were fishermen. Jesus said to them, "Come after me, and I will make you fishers of men." Then they abandoned their nets and followed him. He walked along a little farther and saw James, the son of Zebedee, and his brother John. They too were in a boat mending their nets. Then he called them. So they left their father Zebedee in the boat along with the hired men and followed him.

It is noteworthy to say that Jesus’ way of choosing His circle of friends was very interesting and unique. He knew that selecting and calling them would literally mean He is laying the foundation of His kingdom. It is of great interest to get to know the men who would be called Jesus’ first followers.

Vocation Challenge:
“They were fishermen.”
What was I doing when I heard the call of God to follow Him?

Dear God,
You are the God of surprises. I never suspected that I would follow You, in the way You planned my life to unfold. You came to my life in its ordinariness, in its simplicity and in the moment I was unprepared to let go. Yet, Your call was persistent, full of love and continually inviting me to trust You and believe in Your love completely. I entrust to You my life. I will follow Your leading each day. Do with me as You will that I may be like You, giving life to others, too. Amen.