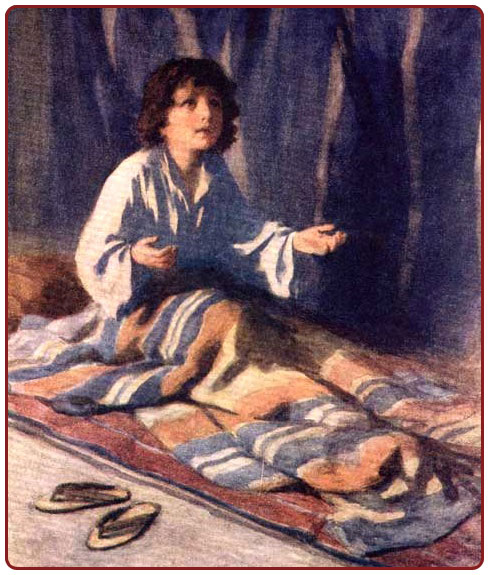 The lamp of God had not yet gone out, and Samuel was lying down in the temple of the Lord, where the ark of God was.

Now Samuel did not yet know the Lord, and the word of the Lord had not yet been revealed to him.

The Lord called Samuel again, a third time. And he got up and went to Eli, and said, ‘Here I am, for you called me.’ Then Eli perceived that the Lord was calling the boy. Therefore Eli said to Samuel, ‘Go, lie down; and if he calls you, you shall say, “Speak, Lord, for your servant is listening.” ’ So Samuel went and lay down in his place.

Today’s liturgy highlights an important aspect of the discernment process: the need for good spiritual direction.

As we hear in the first reading, Samuel is being called by the Lord but the boy is unable to comprehend the call. His inexperience with God and his lack of knowledge concerning his own interior life have placed him in a position where he needs the assistance of the priest Eli.

In much the same way, we often need the help and direction of someone who has experience with prayer and spirituality, whether it be a priest, sister, or lay person trained in spiritual direction.

“You wouldn’t think of building a good house to live in here on earth without an architect. How can you ever hope, without a director, to build the castle of your sanctification in order to live forever in heaven?”

Having secured spiritual direction, we must be prepared to listen attentively and obey the directives, even though we feel they may be fruitless or go against our inclinations.

Vocation Challenge:
“So Samuel went and lay down in his place.”
Do I go to a spiritual director with all of my problems and concerns, and, having received direction, do I obey?

Dearest Lord,
I realize that alone I am greatly challenged in my discernment and usually unable to understand your voice, even in the silence. I beg you, help me to find a good spiritual director who will lead me closer to you.
Amen.