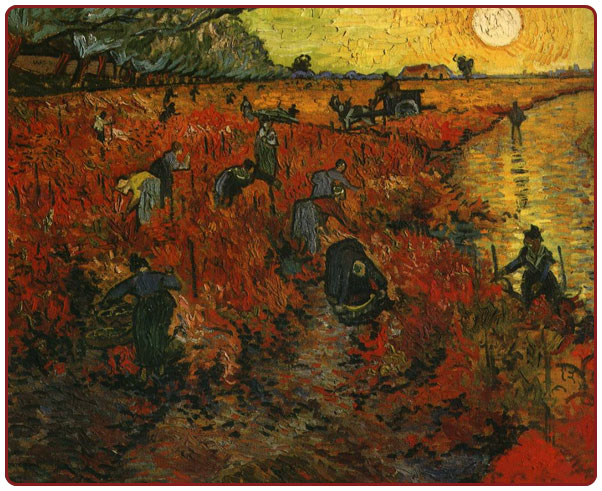 Jesus said to the chief priest and the elders of the people: “What do you think? A man had two sons; he went to the first and said, ‘Son, go and work in the vineyard today.’ He answered, ‘I will not’; but later he changed his mind and went. The father went to the second and said the same; and he answered, ‘I am going, sir’; but he did not go. “Which of the two did the will of his father?” They said, “The first.”

Jesus said to them, “Truly I tell you, the tax collectors and the prostitutes are going into the kingdom of God ahead of you. For John came to you in the way of righteousness and you did not believe him, but the tax collectors and the prostitutes believed him; and even after you saw it, you did not change your minds and believe him.”

Jesus loved to convey His teachings in parables and stories through which His hearers were drawn to listen in wrapt attention and understanding of ordinary daily life situations. It was Jesus’ simple yet nonetheless effective way of making His listeners pro-active in discovering the truths of the good news of the Kingdom. Here, in the story of the two sons, Jesus took their response, affirmed it, expanded it giving the chief priest and elders of the people His message of true obedience to the ways of God.

The parable opens to us a great understanding of 2 kinds of people who are meant to carry out the father’s will. Both have a chance to show obedience and participation in the father’s task. True, both were imperfect sets of people. None of them was the kind of son to bring full joy to his father. But the one who in the end obeyed was obviously better than the other.

We all have met these kinds of people or we ourselves have met them in ourselves in the ways we handle promises and performance before a task given us. We can take lessons from this parable:

Jesus revealed to the chief priest and elders that the predilection of God for Israel as a chosen people is a gift. They were called but did not remain faithful to the covenant. In Jesus, we know that the call to salvation is now extended to all. In baptism, everyone has received a promise and hence must activate this in Christian living.

Jesus’ message remains beautiful and strong: the call of God to predilection in His grace is open to everyone -- Jews and Gentiles, sinners and saints, women and men of all ranks. Loyalty to Him is real when each day this is translated in deeds of worship, obedience and charity.

Vocation Challenge:
“Son, go and work in the vineyard today.”
Do I regularly check the quality of my response to God’s call? How do I translate my promises to become quality performance of Your will?

Dear God,
You call me with fondness to go and work in your vineyard each day. It is Your daily invitation for me to Christian, filial obedience. Often times, my response remains only in my emotions, a promise to do better each day. The gap between this promise and my Christian performance would widen if I do not check my lack of vision of Your love. Draw me close to You. Let me remain by Your side that I may be guided by Your Word of truth, of courage and of mercy. Amen.