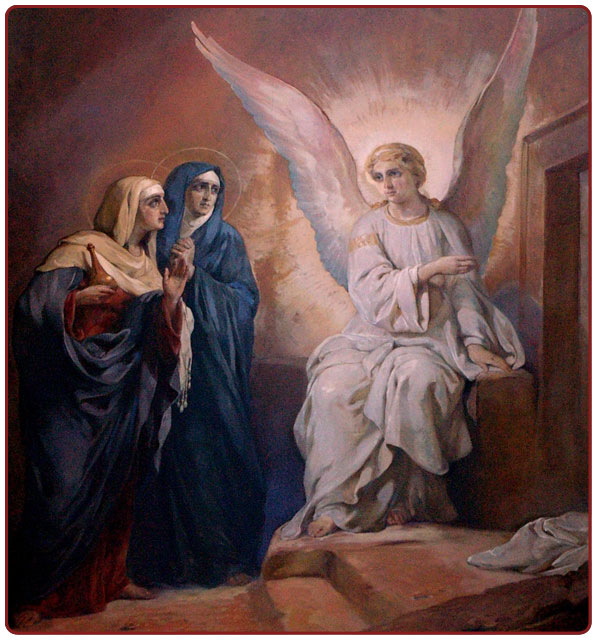 The first day of the week was the third day after Jesus’ death. It was the day when he showed himself to his disciples as the Risen Lord. In truth, this encounter had something unsettling about it. The world had changed. This man who had died was now living with a life that was no longer threatened by any death. A new form of life had been inaugurated, a new dimension of creation. The first day, according to the Genesis account, is the day on which creation begins. Now it was the day of creation in a new way, it had become the day of the new creation. We celebrate the first day. And in so doing we celebrate God the Creator and his creation. Yes, we believe in God, the Creator of heaven and earth. And we celebrate the God who was made man, who suffered, died, was buried and rose again. We celebrate the definitive victory of the Creator and of his creation. We celebrate this day as the origin and the goal of our existence. We celebrate it because now, thanks to the risen Lord, it is definitively established that reason is stronger than unreason, truth stronger than lies, love stronger than death. We celebrate the first day because we know that the black line drawn across creation does not last for ever. We celebrate it because we know that those words from the end of the creation account have now been definitively fulfilled: “God saw everything that he had made, and behold, it was very good” (Gen 1:31).