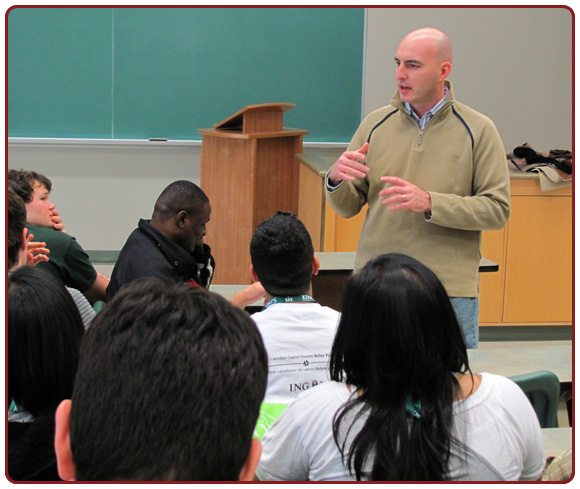 Jesus, filled with the power of the Spirit, came to Nazareth, where he had been brought up. He went to the synagogue on the Sabbath day, as was his custom, and read from the prophet Isaiah. The eyes of all were fixed on him. Then he began to say to them, "Today this Scripture has been fulfilled in your hearing." All spoke well of him and were amazed at the gracious words that came from his mouth. They said, "Is not this Joseph's son?"

Jesus said to them, "Doubtless you will quote to me this proverb, 'Doctor, cure yourself! And you will say, 'Do here also in your hometown the things that we have heard you did at Capernaum.'"

And he said, "Truly I tell you, no Prophet is accepted in his hometown. But the truth is, there were many widows in Israel in the time of Elijah, when the heaven was shut up three years and six months, and there was a severe famine over all the land; yet Elijah was sent to none of them except to a widow at Zarephath in Sidon. There were also many lepers in Israel in the time of the Prophet Elisha, and none of them was cleansed except Naaman, the Syrian."

When they heard this, all in the synagogue were filled with rage. They got up, drove Jesus out of the town, and led him to the brow of the hill on which their town was built, so that they might hurl him off the cliff. But Jesus passed through the midst of them and went on his way.

Jesus came to his hometown and as was his custom, went to the synagogue. But now after His baptism, Jesus' words and actions revealed a public display of His mission. After simply reading the Scriptures, Jesus added a messianic phrase that increased the amazement of everyone. They did not see anymore the son of Joseph in him! They were not ready to hear the 'newness' of His good news. Jesus was not accepted in His hometown.

What really angered the people was the apparent compliment that Jesus paid to the Gentiles. The Gentiles now seem to take the front line in the blessings of God. The Jews were so sure that they were God's people and this will never change. They tended therefore, to look down on all others outside the circle of their Jewish roots. Before their eyes, this Jesus, whom they all knew for 30 years, betrayed their belief about the Gentiles! Jesus named them in the Scriptures. He was preaching that the Gentiles were specially favoured by God and so were worthy too, of the blessings of God. To be more specific, Jesus named two Gentiles who were in need and yet were open to welcome God's presence in their lives. God heard their cries, visited them and saved them from harm.

It was beginning to dawn on the Jews that there were things in Jesus' new message they were not ready to accept it. Wanting to control Him according to their views, Jesus just slipped away from their hold!

Vocation Challenge:
"Jesus passed through the midst of them."
In what way do I allow Jesus' presence to slip away from me?

Dear God,
Jesus came to His own and invited them to hear the 'newness' of His message, the message of welcoming others, the message of Your hospitality. No one is a stranger in Your Kingdom. Shape my heart and will to be a welcoming home to Your Presence and to many others I meet. Make my vocation a beautiful adventure of evangelical hospitality. Amen.