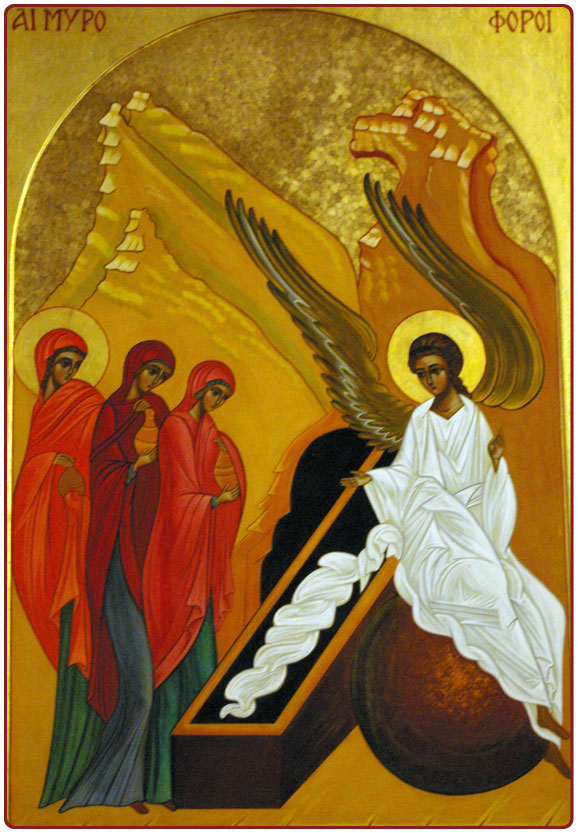 At daybreak on the first day of the week the women who had come from Galilee with Jesus took the spices they had prepared and went to the tomb.

They found the stone rolled away from the tomb; but when they entered, they did not find the body of the Lord Jesus.

While they were puzzling over this, behold, two men in dazzling garments appeared to them. They were terrified and bowed their faces to the ground.

They said to them, “Why do you seek the living one among the dead? He is not here, but he has been raised. Remember what he said to you while he was still in Galilee, that the Son of Man must be handed over to sinners and be crucified, and rise on the third day.”

And they remembered his words. Then they returned from the tomb and announced all these things to the eleven and to all the others.

Wishing you a most blessed and joyous Easter!