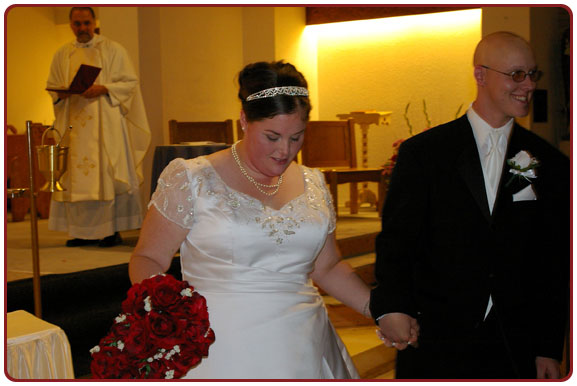 Some Pharisees came and to test Jesus, they asked, "Is it lawful for a man to divorce his wife?" Jesus answered them, "What did Moses command you?" They said, "Moses allowed a man to write a certificate of dismissal and to divorce her."

But Jesus said to them, "Because of your hardness of heart he wrote this commandment for you. But from the beginning of creation, 'God made male and female' 'For this reason a man shall leave his father and mother and be joined to his wife, and the two shall become one flesh.' So they are no longer two, but one flesh. Therefore what God has joined together, let no one separate."

The Pharisees never tired of bringing out 'burning issues' before Jesus. Maybe it was to test him and prove Him wrong if they found out that His teachings do not uphold the Rabbinic laws they held so dear. The Jews had a high regard for marriage. Chastity was held to be the greatest of all the virtues. The ideal was there before them but their Jewish practices fell far short.

It was Jesus' pronouncement here that exalted marriage right back to the creation story when He quoted Genesis. Marriage, in the nature of things and as willed by God, has a permanency, indissolubly uniting male and female in such a way that the bond could never be broken by any human laws and regulations. It was Jesus' belief that in the very constitution of the universe, marriage is meant to be an absolute permanency and unity. No Mosaic regulation dealing with the temporary situation could alter that. In Mark, Jesus' prohibition of divorce and remarriage was strong and clear. Adultery breaks down the sanctity of marriage.

Jesus reveals the real essence of this passage. Loose sexual morality of His day, and also today, must be mended. Marriage is a spiritual unity to be upheld and defended.

Here Jesus was building a strong defence around family, the sanctity of marriage and on what truly constitutes a home.

Vocation Challenge:
"Therefore, what God has joined together, let no one separate."
How much do I treasure the blessings of fidelity in marriage?

Dear God,
Marriage is a bond that You exalted and blessed immensely as the foundation of our families. My vocation had been nurtured by the fidelity and commitment of my parents to your laws of love. Bless all wedded couples and their love for each other. May they be a reminder for me of the sanctity of Your love for Your people. Amen.