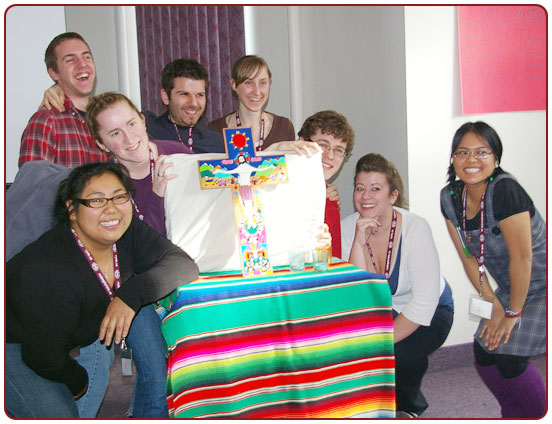 Jesus called the twelve and began to send them out two by two, and gave them authority over the unclean spirits. He ordered them to take nothing for their journey except a staff; no bread, no bag, no money in their belts; but to wear sandals and not to put on two tunics.

Jesus said to them, "Wherever you enter a house, stay there until you leave the place. If any place will not welcome you and they refuse to hear you, as you leave, shake off the dust that is on your feet as a testimony against them."

So the twelve went out and proclaimed that all should repent. They cast out many demons and anointed with oil many who were sick and cured them.

The last two lines of this passage briefly, yet clearly, summarized what the Twelve faithfully did to carry out the work that Jesus commanded them to.

To all those they met, they brought the message of the 'King' The King's message was 'Repent'! It was primarily to put God's people in shape before the Lord. Jesus desires that those who hear His message through the Twelve will align their minds, their hearts and their actions to His message of love, of peace and of worship of the true God. 'Repent' was a message bound to disturb because it is a call to conversion, a complete reversal of life.

To the people, they brought the King's mercy. Not only did they bring a difficult message of conversion but with it they brought help, comfort and healing. They offered forgiveness of sins and proclaimed the blessedness of the poor, the weak, and those 'living on the edge' of society. God's healing is His signature of mercy to a broken world He loved so much.

The Twelve, in their simplicity, courage, and obedience to Christ brought to the people and to the world, the message of truth and the mercy of God. This remains the task of the Church today and everyday.

Vocation Challenge:
"Proclaim that all should repent!"
How readily do I repent of my ways so that I can continually align my life to God's ways?

Dear God,
You sent the Twelve to do a task bigger than themselves. Now You call me to do likewise. Your truth and your mercy will always shape my mission. Lord, let my vocation sing of no other, but Your constant mercy and love. Amen.