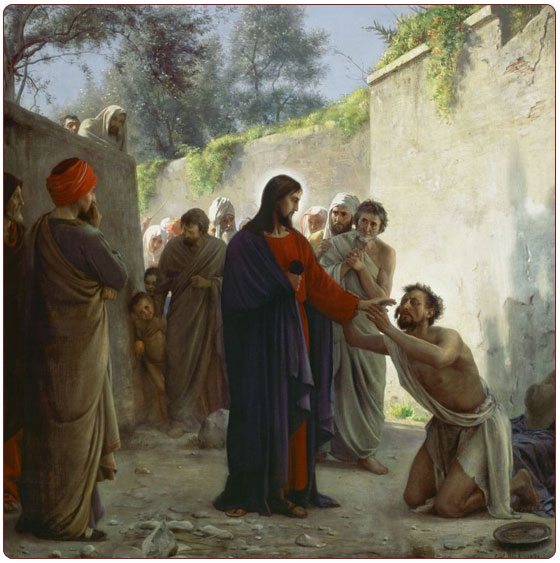 The Pharisees began to ask him how he (the man born blind) had received his sight. He said to them, "He put mud on my eyes. Then I washed, and now I see." Some of the Pharisees said, "This man is not from God, for he does not observe the sabbath." But others said, "How can a man who is a sinner perform such signs?" And they were divided. So they said again to the blind man," What do you say about him? It was your eyes he opened." He said, "He is a prophet."

Jesus heard that they had driven him out, and when he found him, he said, "Do you believe in the Son of Man?" He answered, "And who is he, sir? Tell me, so that I may believe in him." Jesus said to him, "You have seen him, and the one with you is he." He said, "Lord, I believe." And he worshipped him.

Jesus walked around doing good: healing, empowering the poor and pained! He restored life where traces of sin and death block minds and hearts from receiving Light and Salvation He offers. Amidst obstacles, faith bloomed for anyone who stood before His light!

Vocation Challenge:
Walk in the Light!
Sing and Pray: Amazing Grace, how sweet the sound, that saved a wretch like me. I once was lost but NOW am found, was blind, but now, I SEE!
What block my eyes from seeing traces of Life and Grace around me?