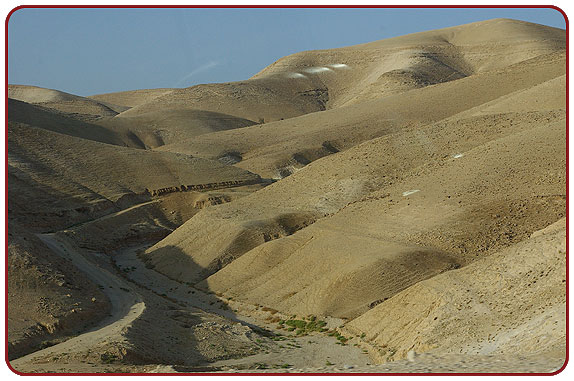 The beginning of the good news of Jesus Christ, the Son of God. As it is written in the prophet Isaiah, "See, I am sending my messenger ahead of you, who will prepare your way; the voice of one crying out in the wilderness: 'Prepare the way of the Lord, make his paths straight,'" John the Baptist appeared in the wilderness, proclaiming a baptism of repentance for the forgiveness of sins. And people from the whole Judean countryside and all the people of Jerusalem were going out to him, and were baptized by him in the river Jordan, confessing their sins.

Now John was clothed with camel's hair, with a leather belt around his waist, and he ate locusts and wild honey. He proclaimed, "The one who is more powerful than I is coming after me; I am not worthy to stoop down and untie the thong of his sandals. I have baptized you with water but he will baptize you with the Holy Spirit."

John made an impact on the people who came and heard him. He paved the way for the Messiah. He emerged as a true messenger and his message was effective in leading people to conversion. Three things stood out from his life as a herald of good news.

Nothing in his life distracted the people from turning to God. He lived with simplicity and essentiality. He was humble. His unworthiness was real. He was not fit even for the duty of a slave. His utter 'lostness' in his message of conversion compelled people to listen and follow him.

He pointed to something and someone beyond himself. His aim was not to occupy the center stage for himself but only to remind his hearers to make space for the Lord in their hearts and to remove, therein, any obstacle to God's indwelling. John can only baptize them with the water of repentance but the One who is to come after him would drench them in the Holy Spirit. John's message is out! Let us, then, make our paths straight for God.

Vocation Challenge:
My vocation is a call to be a herald of good news.
Is my way of life aligned to the message I proclaim?